It’s True, I Swear … You Can Trust Me 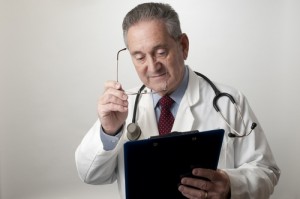 We like to believe we assess the truthfulness of information according to objective standards. According to new research, this isn’t so. People, it seems, can be influenced by something as simple as a headline or a decorative photo. (For an example, see this old post.) In other words, while a picture may be worth a 1000 words, it doesn’t necessarily follow that those 1000 words are truthful.

For example, just because a distinguished looking person is wearing a white doctor’s coat in an advertisement that doesn’t mean he actually a doctor, nor does it guarantee that what he is saying is true. (Now, I’m sure you don’t think you’re influenced by such things but research suggests that you — and I — are.)

The best way to protect ourselves against this danger is simply to be aware of it.

You Can Embrace Ambiguity: True or False?

It’s Official: We All Need to Unlearn