Feeding the World Without GMOs 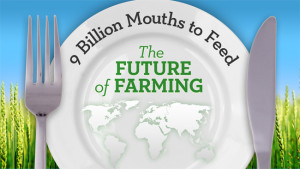 The current world population is estimated to be just over seven billion people. By 2050 an estimated nine billion people will be living on Earth. Feeding two billion more people is a matter of eminent concern.

How will this monumental task be achieved?

It won’t easy but I’m confident it will be done.

Let me preface my remarks by saying that based on the compelling research displaying their safety and efficacy I believe Genetically Modified Organisms (GMOs) should be a part of the solution in feeding the world. Nevertheless, I understand that thoughtful people disagree on this issue. I also acknowledge that opponents of GMOs are winning the public relations battle with many governments and consumers around the world. Major food producers, and even fast food chains, are now actively promoting their non-GMO status.

Regardless of how the GMO debate plays out I am confident that innovative farmers and agri-businesses will rise to the challenge of feeding the world’s population.

Here are a “baker’s dozen” ways I believe the world will be fed in the near future without GMOs:

Alone each advance is only a part of the solution. Together, however, they constitute a formidable path to meeting the dietary needs of a growing world population.

Jack Uldrich is a global futurist, best-selling author and keynote speaker. He has addressed agriculture audiences on five continents.

Interested in some related articles on the future of agriculture by Jack? Checkout these posts:

The Future of Farming: Growing Up Everywhere

2 thoughts on “Feeding the World Without GMOs”