Nudging Toward a Less Meaty Future 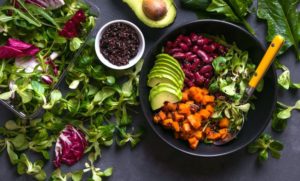 In their fascinating book, Nudge: Improving Decisions About Health, Wealth, and Happiness, Nobel Prize-winning economists Richard Thaler and Cass Sunstein explain how simple policy “nudges” can have powerful ramifications. The example that has always stuck with me is the vast discrepancy between the number of organ donors in Germany and Austria. Culturally, socially, and economically, most people would agree that Austrians and Germans (who share a friendly border) are not terribly different from one another; and yet, in 2003, just 12 percent of Germans were organ donors compared with 99 percent of Austrians.

Are Austrians somehow more kind, beneficent, ethical or moral? No. The reason 99 percent of Austrians are organ donors is that when they receive the sign-up form (at the Department of Motor Vehicles) to become an organ donor, the form is “defaulted” to “opt-out” which means they must specifically request that they don’t want to be an organ donor.

While in Germany, the situation is reversed. The default mode is “opt-in” and people must specifically request that they do want to become an organ donor.

Neither Austrians or Germans have a policy “imposed” upon them. Citizens are free to opt-in or out depending upon their own personal beliefs or preferences. What Austria recognizes is that most people will accept the default mode–whatever it is. Because Austria believes organ donations can save lives, it has chosen to “nudge” its citizens in a policy direction that it considers to be most beneficial to society. For whatever reason, Germany has chosen to do it the opposite way.

The policy does not restrict anyone’s right to eat the food of their choice. If someone wants to eat meat, they are free to do so. The policy simply “nudges” people toward a vegetarian option.

As a futurist, I expect more organizations, companies, and communities will follow suit for a variety of reasons. Some organizations may be opposed to slaughtering animals; some companies may view vegetarian food as a healthier option for its employees, and some communities–knowing the extraordinary environmental impact of meat–may want to reduce its carbon footprint., and some might do it for all three reasons. Regardless of the reason, though, society may soon be nudged toward a less “meaty” future.

Jack Uldrich is a leading global futurist committed to assisting companies and organizations transcend traditional boundaries to create a more humane and sustainable future. His forthcoming book, A More Beautiful Future: Why It Matters and How to Create It, will be released in early 2020.

An Unthinkably Beautiful Future: It’s All a Matter of Perspective