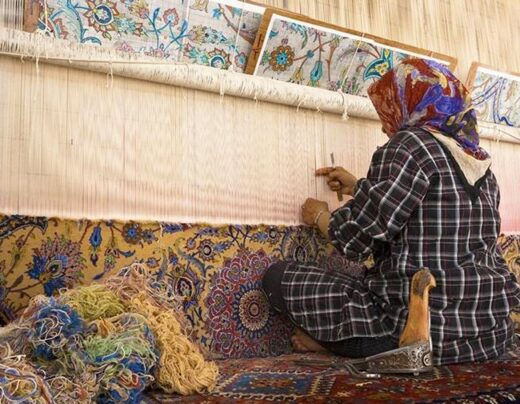 “He who hesitates because he feels inferior is being surpassed by those who are busy making mistakes and becoming superior.” –Henry Link

Question: If a poor man can make one cigarette from six butts, how many can he make from thirty-six butts?

Seven. He makes six cigarettes, smokes them, and uses the six new butts to make an additional–and seventh–cigarette.

In the rush to calculate the correct answer, it is easy to overlook the creation of seventh cigarette. In this same way, it is easy to overlook how quantity can have a quality all of its own. In a now well-told story, a ceramics teacher once asked half her class to concentrate on producing as many cups as possible. To the other half, she instructed them to focus on quality. At the end of the class which half of the class do you think produced the higher quality cup? The half that focused on quantity.

The reason is because the “quantity” group learned from their mistakes and continually improved while the quality group theorized about perfection, fretted over the smallest of details, and chose not to take any imaginative risks for fear of failure.

As society continues to become more saturated with information and the means by which to share this information (i.e. smartphones, social networks, instant messaging, email, etc.), it is easy to fall into the trap of “analysis paralysis.” All too often, people and organizations put off making decisions because they are under the illusion that additional information will lead to a better decision and, thus, a better and higher quality product. This is not true and needs to be unlearned.

In a study, a group of experts was once asked to rate five jellies (jams) according to taste. Their rankings corresponded closely to the most popular consumer brands. When, however, they were asked to rate the jellies on a variety of characteristics including taste, aroma, texture and spreadability, they ranked less popular brands higher simply because they assigned more value to characteristics, such as spreadability, which were not important. In this case, a wealth of information lead to a poor decision.

In an era where it is easy to communicate with colleagues halfway around the world, it is possible that certain people will provide keen and useful insights but it is also just as likely they will raise questions, concerns, barriers and obstacles which serve no purpose. (For example, if your sole job is to focus on making a jelly that can be easily spread it is only natural to delay the release of a new jelly until it is perfectly spreadable—even if this isn’t critical to the product’s ultimate success.)

The irony is that while the means of communications are proliferating, the means of production are becoming easier-to-use and less expensive; making it is easier than ever to produce the equivalent of massive quantities of ceramic cups and quality jellies.

To circumvent this conflict, it is worth unlearning perfection and, instead, embrace the habit of practicing imperfection. To better understand this idea, consider the practice of Persian Rug weavers who intentionally include imperfections in their rugs. The purpose is two-fold. First, the habit keeps the weavers humble and reminds them that while true perfection can be pursued it can rarely be attained. Secondly, the habit makes it easier for them to ship a product to market because they won’t needlessly being worrying about creating the perfect product. As a result, they end up producing more rugs and getting progressively better.

Amish quilt-makers and Navajo artisans employ similar policies with regard to their wares but an old Persian proverb best captures the essence of practicing imperfection: “A Persian Rug is perfectly imperfect, and precisely imprecise.”

The best way to improve is to stop worrying about perfection. Counter-intuitively, practicing imperfection can get you closer to the goal of perfection.