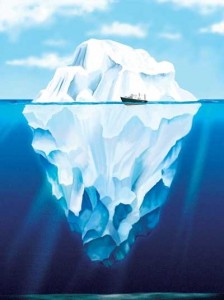 At the end of March, I’ll be traveling to Hong Kong to deliver a keynote presentation at SingTel’s CIO Day 2012. In preparation for the talk, I recently reviewed Cisco’s Global Data Traffic Forecast Update for 2012-2016. Here are ten interesting facts CIO’s need to be contemplating today:

2. Over 100 million smartphone users will belong to the “gigabyte club” (over 1 GB per month) by the end of the year.

3. In 2012, the number of mobile-connected devices will exceed the world’s population. As the Internet of Things matures this number will only grow and, as it does, it’ll have profound effect on how business is done around the world.

5. In 2016, 4G smartphones will be 6 percent of connections but will be responsible for generating 36 percent of all traffic.

6. Two-thirds of global mobile traffic will be video by 2016.

9. In the Middle East and China mobile data traffic will more than double in 2012.

10. So what does all of this mean? For starters, CIOs have to stop focusing on “the tip of the iceberg” they can see and begin worrying more about that huge block that is lurking just below sea-level. Why? Because it has the potential to sink your Titantic-sized enterprise if you’re not careful.