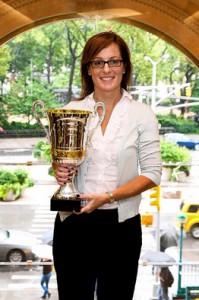 If you want to facilitate creativity and encourage innovation you are going to have to embrace the idea that many ideas and products will end in failure. Failure, as I have said before, is thus something that must be encouraged.

But how does one “encourage” failure? One idea, which was suggested in this article, is to reward failure. The idea might sound counter-intuitive but if you want to avoid people from becoming mired in the status quo and playing it safe, you must acknowledge–and even reward–those individuals who were engaged in ideas and creations that didn’t pan out. (In other words you must unlearn the idea that only success begets success. Failure can also–and often does–beget success.)