The Few, The Proud, the Unusual 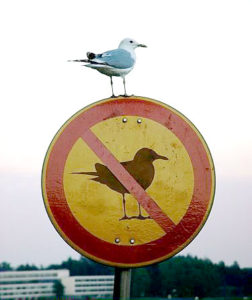 An army of ants is an awe-inspiring and efficient force of nature. While each ant is individually small, collectively they accomplish amazing things—provided they have a sufficient source of food. The same is true of today’s modern corporation—if it has a profitable source of revenue. Alas, when the food or the money dries up, both the army and the corporation are endangered.

To protect themselves, ants rely on a unique sub-group of “pioneer ants.” Their sole job is to move out away from the main army in search of the next source of food. In this way, the pioneers act as a hedge against the possibility of being caught without a future source of food.

Every organization should also have at least a few “pioneers ants” whose single job is to identify future opportunities. To ensure these individuals have the best chance of success, I have outlined a series of unusual characteristics that I believe will bolster their odds of success–and, thus, your success:

Hiring such unusual individuals won’t guarantee success but it will substantially increase your odds of surviving in a world where change, complexity and chaos are becoming the norm. In other words, when the abnormal becomes normal, it helps to have people on your team that are equally abnormal–and unusal.

Jack Uldrich is a leading global futurist, the author of 11 books and is the founder and chief unlearning officer of the School of Unlearning.