Google Wants to Bring You the Future 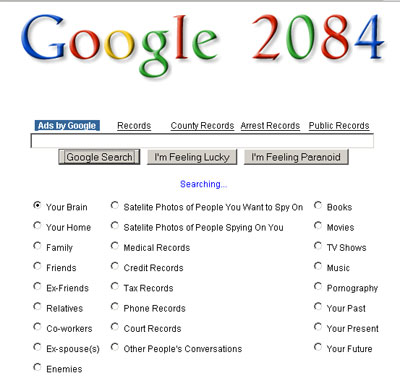 Google is reportedly building ultra high-speed broadband networks that are 100-times faster than those in use today. And what, might you ask, will require you to transmit one gigabit of information per second?

That’s a good question. In fact, it may take either a real-time voice translator or a quantum computer to answer it. Luckily, Google is also working on both items.

The future is racing at us at an ever faster pace (as this story about a new robotic actor in South Korea demonstrates). Soon, even “jumping the curve,” won’t be enough—we’ll all need to be capable of quantum leaps. Are you ready?