The Future of Warfare 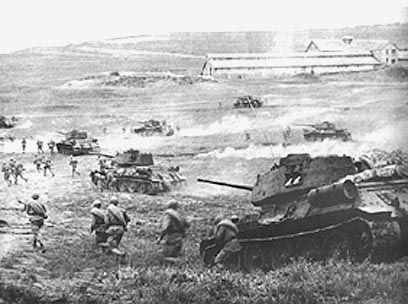 On this day in 1942, the Soviet Union beat back the German’s in the largest tank battle in history. It is now no secret that the U.S. is deploying untold numbers of unmanned aerial vehicles and robots in warfare. What is more interesting to think about is how these tools will be used in warfare and what are the implications of robot vs. robot warfare. Will they make war more or less likely and how will these tools change the thinking of decision-makers as to whether or not to engage in war.