Unlearning the Nature of War 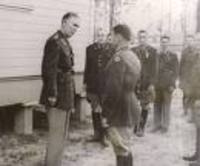 In 2005, I wrote a book on General George C. Marshall entitled "Soldier, Statesman, Peacemaker: Leadership Lessons from George C. Marshall." One of my favorite quotes of Marshall’s is the advice he pounded into the heads of his junior officers: "Study the first six months of the next war."

It was great advice in the 1920s and 1930s (when Marshall trained over 200 officers who would later become generals during World War II), and it is still great advice today. To this end, I’d like to direct you to two news articles from today’s papers. The first is from The Guardian and it discusses how the brain will the battlefield of the future. Among other things it discusses how drugs may soon be used as "pharmacological land mines," and how the advances in neuroscience could alter our definition of torture.

The second article reviews how the U.S. may be vulnerable to Internet attacks such as those which Russia is currently employing in its war against Georgia.

Together, the two stories strongly suggest that military planners should be "studying the first six months of the next war" because the next war is likely to be radically different from that which they are currently planning today.

One thought on “Unlearning the Nature of War”