A Futurist Goes to the Movies

As a frequent keynote and conference speaker, I’m constantly looking for ways to connect with my audiences. One of the better methods to help them understand and appreciate how the future may—or may not—change is to use common cultural references. One of my favorite ways of doing this is to share interesting insights from Hollywood movies. With this in mind, here are five movies that can tell us a little something about the future:

#1: Terminator & Terminator II (1984 and 1991). In 2010, movie critics announced their list of Hollywood’s all-time top 50 heroes and villains. Only one character made both lists: the Terminator. So what does this tell us about the future? It suggests that technology can be both bad and good. This is an important concept to keep in mind when people are either praising or criticizing a certain technology, be it nuclear power, nanotechnology, synthetic biology, genetically modified crops or any other technology. Technology is neutral, how people will use it is not. 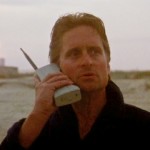 #2: Wall Street. In the movie, Michael Douglas’ character, Gordon Gekko, is shown using a Motorola DynaTec 8000X portable phone. Twenty-five years ago when the movie came out, that device cost $3,995 and was only available to the super wealthy. Today, of course, it’s not uncommon to see unemployed people on the streets of Wall Street with super-powerful, low-cost smartphones. The future lesson from this movie is that technology has a curious way of getting better, faster and cheaper. There are many technologies that are today expensive—a quality education, solar panels, fuel cells, 3D printers, electric batteries, and other devices—that will be affordable for the masses tomorrow. 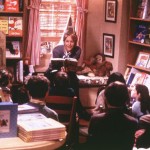 #3: You’ve Got Mail (1998). If you remember the movie, the plot centers on the idea that the ruthless owner of a chain of mega-bookstores (Tom Hanks) will drive the owner of a small, independent bookstore (Meg Ryan) out of business. The future lesson in this movie is that the future has a funny way of turning out differently than many people expect. While it is true that independent bookstores have suffered, what’s ironic is that it is now the large chains of bookstores (e.g. Borders and Barnes & Noble), which are being put out of business by Amazon and digital e-books. The future lesson is that technology will disrupt even today’s mega corporations if they’re not careful. (Is there a lesson for Apple and Amazon?) 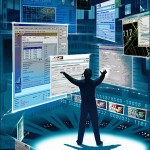 #4: Minority Report. The movie, if you recall, is set in the year 2054 and it displays a number of very cool futuristic technologies—automated cars, interactive advertisements and the glove-wearing haptic, holographic technology. Interestingly, many of these technologies are already here today in 2012. The future lesson is that in today’s era of accelerating change the future can—and will—arrive sooner than many people expect. 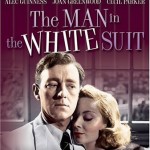 #5: The Man in the White Suit (1951). Many people are unlikely to have seen this film but if you get the chance, watch it. It is the story of a man who creates a new material that keeps suits constantly clean and wrinkle-free. It’s an amazing technology but it threatens textile manufacturers, tailors and drycleaners. Not surprisingly, these powerful interests are less than thrilled with the new technology and go to great lengths to stop its advance. The movie is a wonderful reminder that while there are truly disruptive technologies coming in the fields of nanotechnology, education, energy and healthcare, it is important to never underestimate the extent to which the powerful groups that benefit from the status quo will go to stop promising new technologies.

Interested in reading some other provocative insights from futurist Jack Uldrich? Checkout this article:

The Power of Envisioning the Future