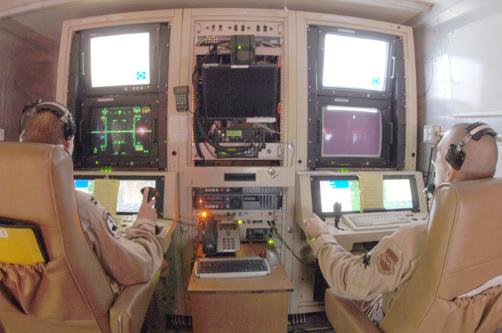 Yesterday, on the front page of the Minneapolis Star Tribune, there was this article: Flying deep into the Middle East, from a cockpit in Fargo. The piece, which documented how Air Force personnel are controlling drones over Iraq and Afghanistan, was likely met with a collective yawn by most of the reading public. However, if you stop and think about it for a moment, the idea would probably have been dismissed as preposterous as recently as a few years ago. I mean think about it: Kids in North Dakota using their computer to control flying robots half a world away.

Alas, such is the nature of technological progress. To get your creative futuristic juices flowing let me offer another possible headline from the future: Teenager Controls Mars Rover from Home. As NASA gets more serious about using robots to explore space, I think the agency may some day have a glut of robotic devices on the “Red Planet” and it won’t know what to do with them all. In an effort to tap into the “open-source” ethos as well as get kids excited about science, technology and space exploration, NASA will then allow students (thorough a secure satellite connection) to conduct their own exploration using older robots.

Impossible? No. Unlikely? Perhaps, but then again how many people would have dismissed the idea of North Dakota teenagers using a video game-like joy stick to control and drop and bombs in Afghanistan as recently as a decade ago?