I’m Being Followed by a Moon … Illusion 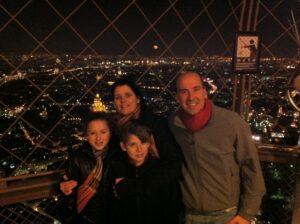 By sheer luck, my family and I walked up the steps of the Eiffel Tower on the evening of March 19, 2011 — the night of the “Super Moon.” The view was spectacular as a large red orb arose over the Parisian skyline.

If you would have asked me whether the moon was closer to me at that very moment or an hour later when it had lifted high into the sky, I would have said, “It’s obvious … the moon is closer right now.”

Well, I would have been wrong. I was duped by the “moon illusion.” Although the moon appears nearer on the horizon, it is actually farther away. (Sometimes by as much as one Earth radius.) Conversely, when it is high in the sky and appears smaller, it is physically closer.

I don’t know if Sun Tzu understood the moon illusion when he provided military strategists this advice: “If you are far from the enemy, make him believe you are near,” but both his quotation and the moon illusion are wonderful reminders that one of the most important things we need to unlearn is that our eyes — and our intuition — cannot always be trusted.