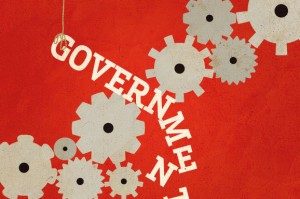 Given all the talk about “fiscal cliffs,” budget ceilings, deficits, crumbling bridges, struggling schools and gridlock—both traffic and political, the list of issues confronting government leaders can appear daunting and the future bleak. It isn’t. Here are ten trends transforming government that promise a brighter tomorrow:

1. The Internet of Things. For the past year, Cisco and IBM have been touting “the Internet of Things” and, more recently, General Electric has discussed the $15-$30 trillion—yes that’s trillion with a “t”—potential of the “Industrial Internet.” Both concepts center on the idea that as sensors become smaller, better and more affordable they will allow physical items such as cars, traffic lights and water pipes to be connected to the Internet. These sensors, in turn, will be able to produce data that can be converted into useful information. For example, traffic lights will “sense” traffic conditions and adjust traffic lights to facilitate traffic, and cities will be able to more closely monitor water pipes to identify wasteful and costly leaks as well as diagnose and prevent problems before they occur.

2. Data Mining. The idea of harvesting data and converting it into useful knowledge will be further facilitated as computing processing power and sophisticated algorithms continue to more effectively crunch this growing stream of data. Police departments in Los Angeles and Nashville, for instance, are already mining data to predict crimes before they occur, and public health officials are mining data to predicting flu outbreaks before they can escalate into costly epidemics. Similarly, “at risk” students might soon be identified earlier in the educational process when remedial action can be more effective.

3. Radical Openness. The field of data mining or “Big Data” will likely run into opposition from privacy advocates who are concerned about the potential for abuse but, increasingly, the default position of governments around the globe is shifting from one of treating data as a state secret to that of open transparency. In the hands of innovative public servants and social entrepreneurs this information is being used to develop new apps that can be used to improve public life. From identifying and fixing potholes to spotting and assessing environmental polluters, a more open data-sharing environment will usher in a new era of governmental oversight.

4. Crowdsourcing. One hundred and fifty years ago Alex de Tocqueville wrote, “In democratic countries, knowledge of how to combine is the mother of all forms of government; on its progress depends that of all the others.” We now live in a society where government can tap into the wisdom of the citizens. In this new environment, government officials and bureaucrats can still define which problems their community tackles but they will come to trust the citizens to find the most efficient way to solve the problem. For example, instead of having a large team of health inspectors monitor the sanitary condition of every restaurant, scores of everyday users might assess and report on the condition of restaurants and then the worst offenders would be targeted for government inspections. Another potential application might be to pair reading volunteers or retires with students in their community who some additional tutoring.

5. Participatory Budgeting. For years communities have elected officials and trusted them to work in their best interest. Undoubtedly, most have. Unfortunately, corruption and an eagerness to appease financial contributors have skewed how public resources are allocated in some cases. The means how exist for individual citizens to directly share their ideas about how public projects are prioritized and funded. As this trend grows more prevalent, the role of the elected officials will focus on less on making decisions and spending money and more on ensuring the public’s selected projects are implemented in a fair and timely manner.

6. Dynamic Pricing. As more sensors are deployed and government can track who is using which government services, new business models will emerge. The best example is road congestion pricing—charging people more money to use roads and freeways during peak hours. Eventually, dynamic pricing may be employed to do everything from maximize parking meter revenue to conserving water and energy by increasing the cost of those services according to external conditions and demand.

7. Collaborative Consumption. Transportation in many urban areas is horribly congested and much of today’s political dialogue today centers on just two solutions: 1) Provide more subsidies for public transportation systems (i.e. buses and subways); or 2) Spend more revenue on roads. New information sharing platforms such as Pickup Pal and Uber are allowing individuals to forego automobiles by making it easier to find and share rides with trusted individuals. The end result is that fewer cars are on the road and the public is saved from either investing in more public transportation or road construction. As additional services such as Zipcar and Zimride continue to proliferate look for innovative government officials to promote these platforms as viable public policy alternatives to alleviate congested roads and public transportation systems.

8. High-Speed Broadband Internet. In Kansas City, Google is laying a broadband Internet network infrastructure using fiber optic communication that is 100 times faster than today’s average broadband network. The city of Chattanooga has a similar network only it is publicly supported. Look for more cities and regions to deploy faster Internet service in order to exploit the next trend.

9. Mobile Web Communication. In the next four years, mobile web communication is expected to increase 250-fold. The potential to rethink how many government services are delivered is immense. For example, the Veteran’s Administration (VA) hospital in Minneapolis is now effectively monitoring 122 patients across the state of Minnesota in their homes. In many cases, by exploiting mobile web video communication, important health care information is being rapidly and inexpensively shared via this medium. Equally important, it is preventing some patients from making expensive trips to regional healthcare centers.

10. Massive Open Online Courses (MOOCs). For a few years now Khan Academy has been producing high-quality online educational content that has been used by innovator teachers around the world to “flip” the classroom and improve educational outcomes for millions of students. In the past year, a growing number of higher education institutions have been making college-level courses available through MOOCs. While the courses offered by Khan Academy, EdX, Coursera and countless other online outlets are not a panacea to every educational problem, they do offer the opportunity to improve educational outcomes, increase graduation rates and provide lower cost job retraining programs at a fraction of the cost of existing programs.

Around the world government budgets and taxpayer resources are being stretched thin by the increased costs associated with delivering healthcare, education, transportation, law enforcement and various other government programs. In each field, however, new technologies, trends and delivery mechanisms are being created to address these issues in innovative ways. The successful regions of the future will be those that harness these new tools to rethink how these services will be delivered.

Jack Uldrich is a professional futurist and best-selling author. He has worked with countless local, regional and state governments as well as Chambers of Commerce and economic development organizations across North America, Europe and Asia.