The Wisdom of The Phantom Tollbooth 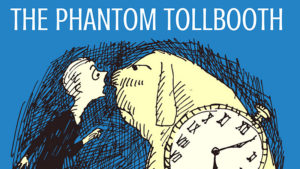 I have just finished reading Norton Juster’s The Phantom Tollbooth with my eight-year-old son and have decided that along with Shel Silverstein’s poem “Smart,” it should be required reading for any young person interested in unlearning.

Below are a few of my favorite passages:

At one point Alec hands Milo a special telescope as a gift. What makes the telescope so special is that “you can see things as they really are, not just as they seem to be.” (For a real-world example, see this old post.)

While on the “Island of Conclusions,” Canby admonishes Milo not to jump to conclusions so quickly by saying, “You can never jump away from Conclusions. Getting back is not so easy. That’s why we’re so terribly crowded here.”

Later in his journey, Milo encounters Dodecahedron on his way to Infinity and the guest advises Milo “that the best way to get from one place to another is to erase everything and begin again.”

After Milo rescues Rhyme and Reason, Reason tells Milo that “You must never feel badly about making mistakes … as long as you take the trouble to learn from them. For you often learn more by being wrong for the right reasons than you do by being right for the wrong reasons.” (See Unlearning Failure.)

Finally, after Milo saved the day, only then he did he, Tock and the Humbug realize they had accomplished the “completely impossible.”  But, as King Azaz says, “if we’d told you then, you might not have gone — and, as you’ve discovered, so many things are possible just as long as you don’t know they’re impossible.”

All the passages offer great advice and, my advice — especially if you have a young child — is to read the Phantom Tollbooth.

3 thoughts on “The Wisdom of The Phantom Tollbooth”