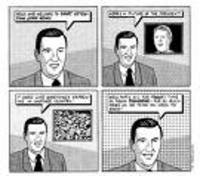 It is easy to fall prey to the belief that Americans — especially younger kids — have short attention spans. Yet if this is true why did millions of kids flock to the Harry Potter books? (For the record, the last three books were 870,652 and 759 pages, respectfully.)

In other areas, the same is also true. The biggest grossing movie of all-time was Titanic — which ran over 3 hours. And, in the TV genre, the hit show requires viewers to follow the series for the entire season.

If you want to unlearn, a good place to start is by questioning conventional wisdom. Often, you’ll find it is dead wrong.