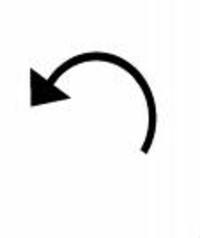 The future is unknowable. There are far too many variables for even the most foresighted individual or powerful supercomputer to accurately forecast what tomorrow—let alone next year or the next decade—will look like with precision. Nevertheless, this fact neither discounts the importance of forecasting, nor does it diminish the work that those individuals (myself included) try to do in discerning what the future might hold in store.

I would, however, like to submit that anyone inclined toward thinking about the future should be open to the idea of unlearning, which I define as “the unique skill of jettisoning old knowledge in order to accommodate newer and more relevant information.”

A case in point is this new study suggesting that global warming may not be worsening hurricanes. Now, before anyone gets too not and bothered by the real or perceived flaws in the study’s methodology, I’d like to make clear that it is not my contention that this study is the final word on the topic. Rather, I simply want to highlight it as an example of how continued advances in the development of better and more sophisticated supercomputers, algorithms and ubiquitous sensors are likely to lead to more situations in the future where scientists and researchers produce results that question and challenge conventional wisdom. (To this point, ever since Hurricane Katrina many people have come to believe that there is a direct correlation between global climate change and the frequency and severity of hurricanes, and often this belief has lead them to predict that more hurricanes are in our future.)

The job of forecasters and futurists, however, is to be receptive to contradictory information—especially when it challenges fundamental beliefs or assumptions about the future.

One way to avoid this fate is to have the courage to “unlearn” things whenever new and compelling information becomes available.