A Cautionary Tale About the Future of Natural Gas 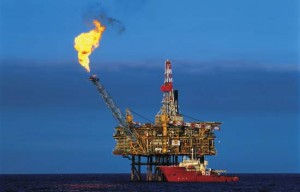 In 1978, Congress was convinced the United States was running out of natural gas so it passed the Power Plant and Industrial Fuel Use Act (FUA). A decade later the law was overturned as vast new sources of natural gas were found.

In 2003, the National Petroleum Council estimated North America might have 1.1 trillion cubic meters of renewable shale gas. Eight years later, Advanced Resources International reckoned there might be 50 times as much!

Both examples are stark reminders that predicting the future is a difficult, if not impossible, task and should keep industry experts humble as they consider how technological advances in renewable energies, synthetic biology and other unconventional supplies (such as frozen methane hydrate) might similarly impact the industry in the not-too-distant.

It is a message I intend to share with the senior executive leadership at Southern California Gas Company as I lead them through a strategic planning session in Los Angeles tomorrow.

The Future is Green (As In the Color of Money)