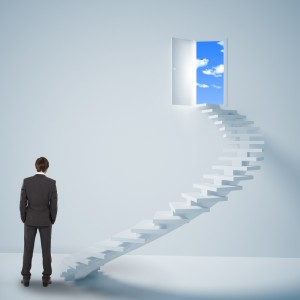 As a professional futurist and business forecaster one of my main responsibilities is to prepare people and organizations for the future.

To do this, I try to heighten their awareness.

There are a number of ways to accomplish this goal but the best and most powerful method is to simply be on the alert for signals from the future that are visible today.

Last month, I came across a story reporting that the National Coal Museum has installed solar panels. The move will save the museum $650,000 and it is a sign that solar power is becoming more affordable and practical.

Last week, it was announced that the world’s first “bookless” library is being created in San Antonio, Texas. In the future, knowledge won’t reside in a physical location but rather “in the cloud.”

On Friday, the Wall Street Journal reported the University of Wisconsin is poised to offer the first college degree that requires no class time–either in a physical classroom or an online classroom! The move is all about accrediting the knowledge a person has already accumulated and, to me, this is yet another sign that the world of higher education is shifting under our very feet.

And, just today, it was reported that the state of Minnesota now has more high school robotics teams than hockey teams–a sure sign that the field of robotics is poised to expand significantly.

2 thoughts on “See the Future, Today!”