Failure: It’s How You Move Ahead and Into the Future 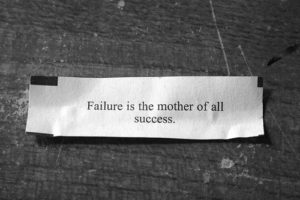 Alphabet just announced it is killing off the company’s once highly touted Titan drone project which aimed to deliver high-speed Internet all around the world using drones. In retrospect, it might easy to laugh off the program as yet another overly ambitious Google/Alphabet project doomed to failure, but I’d advise against it. Why? Because the company will likely learn many things from the project which it can transfer to other projects such as its Project Wing–a program attempting to use drones to make deliveries.

To cite another example, there is an insightful article in today’s Wall Street Journal discussing the downfall of the XFL. In 2001, the much-hyped professional football league was billed as the wild, exciting little brother of the NFL. The XFL was a colossal failure and lasted only a single season. Many of the innovations first demonstrated in the XFL, including on-field cameras, audio recordings and greater access to players and coaches, are now standard practices in the NFL.

To change the game, you need to experiment and take risks. And when those experiments and efforts don’t pan out, learn from your mistakes and keep moving forward. Better to stumble forward than not move at all!

One thought on “Failure: It’s How You Move Ahead and Into the Future”