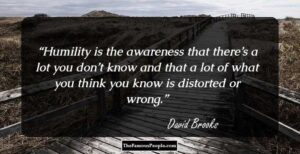 Think Fast:  Earlier this week, I had the pleasure of giving a 25-minute presentation to the Institute of European Studies (IES) on its annual “Day of Giving.” IES is the organization through which I studied at Durham University in England in the mid-1980’s. The topic of my talk was the future of study abroad. One technology that I did not discuss was Google’s new Augmented Reality (AR) glasses. These glasses are a significant improvement over the company’s earlier “Google Glasses” (circa 2013-2014). The video in the article is super impressive and I am confident it will be immediately apparent how the technology could revolutionize the experience of traveling abroad.

Think Bigger: Self driving taxis are already operational in San Francisco and now Uber is experimenting with using robots to deliver food in Los Angeles. It is unknown how the general public, politicians, and regulators will react to a plethora of mini-robots cruising the streets of LA, but given the severe worker shortage this is a trend that could take off. (To this end, I was not aware that Starship is already using mini-robots to make 10,000 food deliveries a day.)

Think Incrementally: Even with the rapid growth of remote work, congestion is still a huge problem in most major cities. One technology that could play a huge role in eliminating this pesky part of modern life is artificial intelligence.

Think in Questions: What does it mean to be human? The answer may seem simple (or not), but it is about to get even more complicated due to accelerating advances in stem cell research. It is a subject every informed citizen should spend some time thinking about. (Also, if you are in the health care industry you should devote some “thinking time” to the issue because it could also transform medicine.)

Afterthought: “We are on a journey of becoming that which we already are. That is the impossible paradox of our lives.”–Leonard Jacobson