10 Game-Changers Poised to Transform the World of 2018 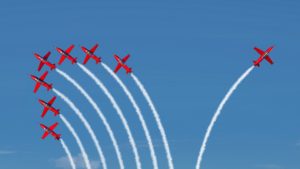 In between all of the presidential tweets, catastrophic rain storms, fires and hurricanes, sexual harassment scandals, and Bitcoin mania, it is sometimes hard to remember that technological change is accelerating and, as it does, the world continues to evolve. Over the past year, a number of developments have occurred but below are ten which I believe could be real “game-changers.” The majority may appear to relate to healthcare (and they do), but the advances in artificial intelligence, self-learning computer chips, and quantum software will accelerate progress in a myriad of other industries.

Jack Uldrich is a global futurist, popular keynote speaker and the author of 11 books, including Foresight 2020: A Futurist Explores the Trends Transforming the World of Tomorrow. He can be reached at www.jackuldrich.com or [email protected].

Interested in reviewing Futurist Jack Uldrich’s “game-changing” reports from the previous years? Checkout these past posts: