10 “Game Changing” Technologies Poised to Transform the World in 2015 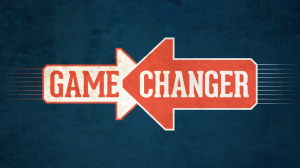 The past year has witnessed a series of startling advances. In March, researchers at Harvard used a 3D printer to construct a blood vessel. It is an advance could prove critical in printing fully functioning kidneys. In May, scientists at The Scripps Research Institute revealed they had created a new life form by adding DNA “letters” not found in nature. The breakthrough could lead to the development of new medicines and new materials. In June, the Fraunhofer Institute unveiled a simple fuel cell with an output of one kilowatt—enough to power a single home. Later, Lockheed Martin went public with plans for a modest-sized nuclear fusion reactor that might power an entire city. If either technology scales, it could end the utility industry as we know it. In July, Google and Novartis said they were teaming up to create a new “smart” contact lens capable not only of automatically adjusting its focus but also of monitoring the glucose levels in a diabetic. Longer term, the lenses might be upgraded to deliver drugs and detect cancer. In September, researchers at IBM announced they had created a new neurosynaptic computer chip capable of sensing, tasting, feeling, hearing and understanding its environment. It is an advance that could usher in an age of new “cognitive computing” by allowing computers to function much like the human brain. And in October, a paralyzed man regained the ability to walk after receiving a cell transplant.

Each development is an extraordinary advance and each heralds a brighter future. Alas, the aforementioned successes are still some years away from widespread adoption. This does not imply that game-changing advances aren’t on the near-term horizon. They are. Here are ten breakthroughs from the past year that figure to “change the game” in 2015:

The complete elimination of diabetes, smoking or genetic diseases will not occur overnight. Nor will a world of clean and affordable energy, abundant freshwater, 3D printed houses or worldwide high-speed Internet access miraculously appear by the end of 2015. But then Rome wasn’t built in a single day either. It was, however, started in a single day, and 2015 is sure to witness the birth of a better, brighter future.

Jack Uldrich is a best-selling author, professional futurist and a popular keynote speaker. More information on Jack can be found at www.jackuldrich.com.