2018: The Year the Future Begins to Bear Fruit 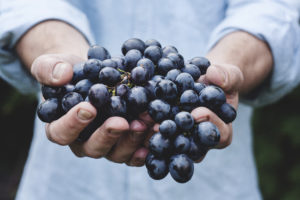 Last December, I wrote that “2017 will be the year the future takes root.” In between all of the presidential tweets, the catastrophic rain storms, fires and hurricanes, and the plethora of sexual harassment scandals, I will forgive you if you didn’t keep track of my predictions. So let me recap what you may have missed.

In January, computer experts demonstrated that artificial intelligence (AI) could beat the world’s best poker player. The breakthrough was significant because it suggests AI will soon be helpful in areas such as healthcare and the stock market where there is less-than-perfect information.

In February, Apis Cor demonstrated it’s latest 3D printer was capable of printing an entire house. Combined with the news that Adidas is now printing shoes, it is clear that additive manufacturing is poised to turn the global supply chain on its head as everything from houses and shoes to automobiles and pharmaceutical drugs will soon be printed, perhaps literally, but almost certainly figuratively in your backyard.

In March, IBM unveiled a quantum computer and began making it available to the public. This is noteworthy because quantum computers may soon solve problems that are beyond the capability of even today’s most powerful supercomputers. The technology’s first target is to help model the complex chemistry necessary to create a safe, affordable and powerful battery.

In May, Tucson Electric Power announced it was offering unsubsidized solar power for 3 cents per kilowatt hour–cheaper than either natural gas or coal. The same month, California announced it had generated 67 percent of its energy from renewables, and, deep in the heart of Trump Territory, the Kentucky Museum of Coal announced it would operate entirely on solar power.

In June, Amazon acquired Whole Foods. In addition to sending shock waves through the retail sector, the announcement also sent shivers through the automotive industry as the primary reason a majority young people still feel compelled to own an automobile is to go grocery shopping. If Amazon can now deliver groceries that need is removed.

In July, Audi announced plans to go all electric by 2019. Shortly thereafter Volkswagen revealed it was making an $84 billion investment in electric vehicles (EV’s), and China announced it intends to make EV’s mandatory by 2030.

In August, Cargill, Bill Gates and Richard Branson all made sizeable investments in the emerging field of “clean”–or artificial–meat. Lest, one thinks this a fringe technology the meatless products are already being sold in over 2,000 stores in North America.

In September, Apple released its latest iPhone. Two technologies–facial recognition and augmented reality–are now hosted on the new smartphone suggesting that these two trends are rapidly moving into the mainstream.

In October, Google demonstrated that Pixel–its new voice translation technology–can instantly translate a user’s voice into 40 different languages. Soon all 7.5 billion people on the planet will be able to communicate with one another in their native tongue.

In November, the FDA approved the first-ever pill with digestible sensors. Undoubtedly, the technology harkens an Orwellian future but the “smart” pills are intended to remind people to take their medications–a problem that currently costs the US taxpayer $300 billion annually.

Finally, in December, the CME Group and CBOE opened a futures markets for Bitcoin and other digital cryptocurrencies. The announcement doesn’t imply that Bitcoin will continue its dizzying ascent but it is a vote of approval that digital cryptocurrencies are real and that the everyone from bankers and stockbrokers to tax collectors should begin taking the technology seriously.

Alas, they are not the only ones who must take technology seriously. The aforementioned trends are real and if 2017 was the year they took root, 2018 will be the year the future begins to bear fruit. Whether you are a student, teacher, businessperson, public policy-maker or a concerned citizen, now is the time to begin preparing yourself.

Jack Uldrich is a professional futurist. He formerly served as director of the Minnesota Office of Strategic Planning. His latest book is Foresight 2020: A Futurist Explores the Trends Transforming Tomorrow.