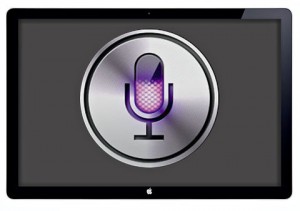 We’ve all heard and suffered through “commercial breaks.”

Well, the commercial–that annoying staple of modern television–is about to become seriously broken.

If you have a DVR you’ve probably been fast-forwarding through commercials for some time.

What happens, however, when Apple introduces its Siri (voice recognition) technology to a next generation television set?  (As is widely expected to happen).

For one thing, the end of the commercial will be fast-forwarded into oblivion.

How fast? About as fast as you can command Siri to “fast forward through all these mind numbing commercials.”

My prediction: The television industry will accelerate its switch to a pay-per-view model and you’ll soon be forking over $1.29 to watch “How I Met Your Mother” or “Glee” without commercial interruption.