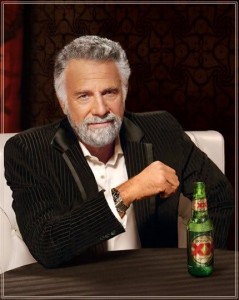 In other words, the more certain you are of your forecast or prediction, the less likely you are to be correct.

I was reminded of this point earlier this week when I gave a presentation on disruptive technologies to a major utility company. Afterwards, a senior executive who was openly skeptical of my forecasts (even though I was careful not to lay claim to any great certainty) called upon a natural gas analyst to explain why I was wrong.

Armed with a truly mind-numbing number of charts and graphs, the analyst went on to spell out in the most concrete of terms why natural gas would rule the day through the year 2020. So confident was the analyst that he was even willing to predict the price of natural gas to within a dollar per thousand cubic feet by the start of the next decade.

Could he right? It’s possible, of course, but remember, certainty is not correlated with accuracy.

Ironically, for evidence of this very point, people in the utility industry need look back no further than 2007 when not a single expert was predicting the massive surge in natural gas production. Why did they all miss this trend? Because very few analysts understood the disruptive potential of directional drilling technology on natural gas production.

Interested in other related posts by the ever humble and uncertain futurist Jack Uldrich? Check out these past posts:

Feeling Wrong Feels Like Feeling Right
A Future of Black Swans
Futurists Can Say the Dumbest Things
Tic-Tac-Toe: The Future is Unknowable