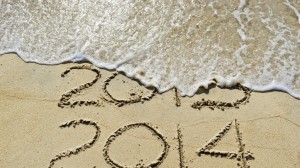 (Editorial note: An exaggerated level of specificity—and, in some cases, humor—has been added to each prediction for the reader’s enjoyment. The trend or technology behind each “prediction” is real but are not intended to be taken literally. Rather, each is merely demonstrative of a broader trend that will continue to shape society in the coming year.)

1. The Strange Saga of the Serial Sleep-“Sexting” Senator. In January, a prominent U.S. senator claimed he had no knowledge of sending multiple late night text messages of a sexual nature—or “sexts”—to a female intern in his Washington, D.C. office. An attorney for the senator claimed the midnight messages were sent by his client in his sleep and the senator isn’t guilty of any crime because he wasn’t cognizant of his actions. The attorney added, “While the senator’s actions are unfortunate, his behavior only highlights how connected people have become to their mobile devices.” The senator is now being treated for “textual addiction” at an undisclosed treatment center.

2. An “Irrationally Exuberant” Alan Greenspan Agrees to Accept Bitcoin. In a surprise announcement in February, former Federal Reserve chairman Alan Greenspan announced he would accept his $100,000 speaking fee to Cato Foundation in the increasingly popular digital cryptocurrency Bitcoin. The value of Bitcoin, which had plummeted since the beginning of the year because of reports the currency was easier to produce than expected, temporarily rose on news of Greenspan’s decision.

3. Cold Reality: Virtual Rollercoaster Causes Death. Oculus Rift, the manufacturer of the popular new virtual reality goggles, was named in the wrongful death lawsuit of a college student who suffered massive head trauma after hitting the corner of a coffee table while wearing the virtual simulation technology. The young man’s parents said their son suffered severe vertigo and fainted due to the realistic nature of the virtual ride. In a statement released to the press, they family added, “This technology is so realistic that it needs to be regulated.” Attorneys for the family are now considering a broader class-action suit against Oculus Rift after learning two middle-aged users suffered heart attacks in March while experiencing the company’s new virtual haunted house.

4. The Six-Million Dollar Man to Retire in Peace. If Steve Austin—AKA the “$6 Million Dollar Man” from 1970’s hit show of the same name—were a real person, he’d likely be nearing retirement age. If so, Austin would feel right at home as the Food and Drug Administration approved the use of a bioelectronic implant for the treatment of rheumatoid arthritis in April of 2014.

5. Working the Bugs … In. Citing the extraordinary environmental cost of feeding, housing and transporting cattle and chickens, an entrepreneurial couple from Vancouver revealed plans to open a chain of “insect-eateries” in North America. In a statement announcing their plans on May 1, the founders said, “Over two billion people around the world already consume bugs and insects on a daily basis and we hope by opening a chain of “LaCucaracha Cuisine” restaurants in Los Angeles, San Francisco, Montreal, Vancouver, Chicago and New York that we will help foster a nutritious new trend that provides North Americans with a rich source of protein while simultaneously protecting our environment.”

6. Gladly Paying Today for a Hamburger Tomorrow. Turning Wimpey’s catch-phase of “gladly paying Tuesday for a hamburger today” on its head, two researchers at the University of Leuven in Belgium raised $1.5 million in Kickstarter funds in just over one week in June after announcing their intention to create a bio-printer capable of manufacturing an affordable, edible hamburger by 2017. Individuals contributing $100 or more have been promised a “bio-burger” upon the successful completion of the technology. PETA (People for the Ethical Treatment of Animals) contributed $50,000 to the project and is hopeful the technology could someday replace the need for animal meat.

7. Dirty Business. A day after smog levels reached an all-time record in Shanghai on July 17, a leading the environmental group in Hong Kong reported its website had been hacked by the Chinese government. The failed attempt only heightened global attention to the severity of the air quality in other major Chinese cities when the hashtag #CleanAirCleanChina went viral. The successful social media campaign is believed to have contributed to the massive environmental demonstrations in Tiananmen Square and proponents are hopeful it will lead to meaningful environmental reform.

8. Cyrus Stalked. On August 8, a Miley Cyrus concert at an outdoor amphitheater in Wisconsin was temporarily delayed when security officials struggled to remove a quadcopter hovering 75-100 feet above the stage. Local police later determined the small unmanned aerial vehicle belonged to a fan who had recently received a temporary restraining order against the pop singer. “I only wanted to see Miley,” said the young man whose name wasn’t released because he’s a juvenile, “and my mini-drone was the only way.” He added, “I’d never harm Miley. I love her.” An anonymous official later said, “Moving forward, I’m more worried that individuals who don’t love Miley Cyrus might use smartphone-controlled drones against her and, based on her performance last night, I suspect that number is growing larger by the day.”

9. A Tesla Fueled Blackout. As the IPO market continued to heat up in 2014, the number of new Silicon Valley millionaires purchasing high-performance all-electric Tesla automobiles surged. The growing number of Tesla owners recharging their batteries on the hottest day of the year was cited as a contributing factor to the massive grid blackout that rocked the San Francisco Bay area on September 4, 2014.

10. Baby, You Can’t Scratch My Car. Following Samsung’s 2013 announcement of a self-repairing smartphone, BMW officials unveiled the “world’s first self-repairing automobile exterior” at an auto show in Seattle in October. In related news, a massive fog-related 250-car pile up on Route 28 outside of Boston was used by advocates of autonomous automobiles to tout the superior safety and driving record of self-driven robotic cars. The reason? The only vehicle to escape the pile-up unscathed was a Google driverless vehicle.

11. The (Short) Rise of the Living Dead. Just in time for the 2014 holiday shopping season Microsoft, using technology acquired in its purchase of Nokia’s electronics device business in 2013, released the first functional foldable tablet computer in November. The product sold well but most analysts predict Samsung and Apple will soon improve upon the technology. Tim Cook is slated to give a highly anticipated talk at Consumer Electronics Show in Las Vegas in January 2015, where he is expected to unveil iPaper, Apple’s new flexible, foldable tablet.

12. Former Professor Signs a Contract Larger Than Football Coach. A well-known psychologist became the first online “super-star” professor after signing a $2.5 million contract to deliver his popular course on the psychology of human happiness as a MOOC (Massive Open Online Course). When asked about his pay, the professor replied, “More than 250,000 individuals completed my class last semester and I’m confident each received well more than $10 worth of value. If anything, I’d suggest I’m grossly undercompensated. Alas, I understand money can’t buy happiness so I’m cool with the agreement.”

Jack Uldrich is a renowned global futurist and the best-selling author of 11 books. He is a frequent guest on national media and regularly appears on the Science Channel’s new television program, “FutureScape.” He is the founder and “chief unlearning officer” of The School of Unlearning—an international change management consultancy.

Interested in some of Jack’s predictions from years past? Checkout these old posts: