Is the Future Weirder Than We Can Suppose?

Posted in Business as Unusual, Do the Impossible, Future, Future Proof, Futurist 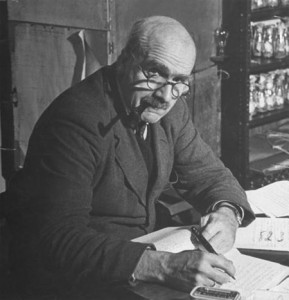 The above quotation is from J.B.S. Haldane, a 20th Century British geneticist, and I have always enjoyed it because it elegantly captures the idea that even our imaginations are limited in their ability to “suppose.”

A similar humility is necessary when contemplating the future because the future may–and probably will be–weirder than we can suppose.

Far from being a detriment in thinking about the future, however, a recognition of the limits of our ability to “suppose” will allow us to keep a more open mind when weird new ideas do appear tomorrow’s horizon; and, then, instead of dismissing these ideas or creations as crazy, impractical or fads, we may be more open to seeing them for what they really are–harbingers of the future.

Every Rule Has an Exception: Weird

One thought on “Is the Future Weirder Than We Can Suppose?”