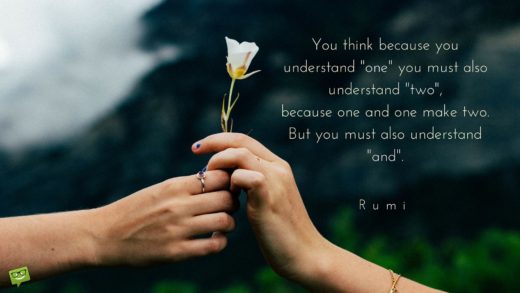 Think: Six Enablers of Emergent Learning. How you and your organization learn must change in today’s accelerating world. This article can help.

Think Smarter: How You Can Make Better Predictions. If you want to think smarter about the future, read this article!

Think Twice: We Need to Prepare for a New World of Work Before It’s Too Late. Everybody–and I mean everybody–needs to think twice about their job. We are all on very thin ice!

Think Convergently: A Changing Internet: The Convergence of Blockchain, Internet of Things, and Artificial Intelligence.

Think Different: American’s might want to spend some time with this article. The Chinese think differently than many of us in the west. Why Do Chinese People Like Their Government?

Think Harder: Why Your Success and Self-Worth Shouldn’t Be Measured by Short-Term Results.

Think Like a Futurist: Be Your Own Futurist: Imagine a New Landscape and Reinvent yourself. Excellent stuff from fellow futurist, Ross Dawson.

Think in Questions: Here’s an interesting question: How will space change in the near future? This article provides some food-for-thought: From Mini Satellites to Giant Sun Shields–the Extreme Technology Transforming Space Engineering.

Think 10X: SpaceX’s Starhopper Rocket Has Pulled Off Its Latest Flight. Populating space will be one step closer to reality if Elon Musk’s latest venture can grow 10X.

Think Bigger: The Biggest Offshore Wind Project in the US is Underway. The wind industry is thinking–and acting–big with its latest project. When completed in 2024, it will be 30 times bigger than today’s largest wind farm.

Think Fast: Mind Reading Technology is Closer Than You Think.

Think Radically: KFC is Now Testing Plant-Based Chicken. Could the poultry industry be next in line to be disrupted? Yes.

Think Visually: MIT Researchers Designed This Robotic Worm to Burrow Into Human Brain. Creepy but cool video of a new prototype robot that can wiggle through small, tight spaces.

Think Sustainably: Planting Our Way Toward a Healthier, Greener Future. It is time for all of us to stop talking about climate change, and start planting trees!

Think the Unthinkable: Want to know when you might die? It could soon be possible: Scientists Develop a Blood Test That Predicts Risk of Death.