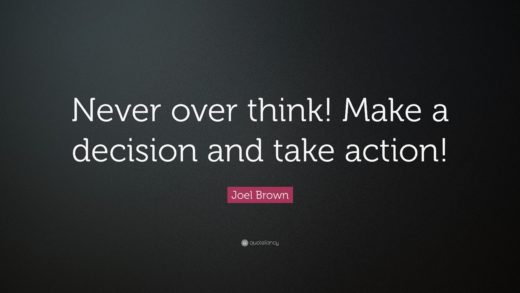 Think: The best time to think about blockchain was yesterday, the second best time is today! Here’s a primer for those of you still confused by the technology: Our Decentralized Future: A Blockchain Primer.

Think Twice: A scientist explains (mathematically) why we need to think twice about climate change, we are on thin ice: A Scientist’s Theory of Climate Change.

Think Historically: Cotton and silk once dominated the fashion industry. Marketers then introduced the world to synthetic materials, the world has never been the same.  How Synthetic Fabrics Became Mainstream.

Think Different: Corporations need to think differently about their role in the world of tomorrow: Why Corporate Citizens Must Become Global Catalysts.

Think Harder: Interacting with our voices instead of through screens will have profound implications. Technology’s Biggest Shift Since the Smartphone is Happening, Now!

Think in Questions: Here’s a provocative question: Why move to Africa? For the CEO of Twitter the answer is simple, he believes the continent will define the future.

Think in Questions: What is the future of work? Here are six different ideas (personally, I’d describe myself as an “alchemist”): How Silicon Valley is Reinventing the Future of Work.

Think 10X: The promising and exciting field of gene editing could grow 10X. If it does, the world will never be the same again: Companies Declare Signs of Success in CRISPR Treatment of Blood Disorders.

Think Bigger: The field of augmented reality is about to get bigger: Augmented 2030: the Apps, Headsets, and Lenses Getting Us There.

Think Radically: Failure isn’t often thought of as a learning mechanism, but it should: Failing 15% of the Time is the Best Way to Learn.

Think Sustainably: Why think sustainably? I’ll give you 8.3 million (depressing) reasons: There’s So Much More Microplastic in the Ocean Than We Realized.

Think the Unthinkable: If we can’t reduce our CO2 emissions faster, we will need to figure out how to suck the gas out of the atmosphere. It won’t be easy or cheap, but if might be possible: The Necessity of Pulling Caron Dioxide Out of the Air.