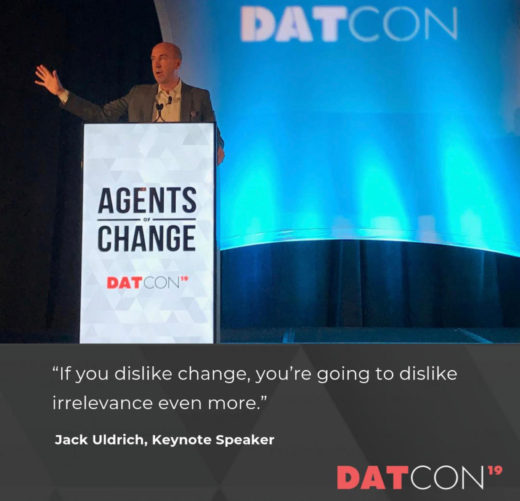 Think: If this technology works (and it’s still an “if” at this time), the world will be a much better place. CRISPR Enzyme Programmed to Kill Viruses in Human Cells.

Think Twice: The plastics industry needs to think twice—it is on thin Ice! Unilever to Halve New Plastics Use to “Stay Relevant” to Young Shoppers.

Think Again: Are you one of those hard-charging CEO’s or entrepreneurs who pride themselves on getting by on only a few hours of sleep? For everyone’s sake, please think again. Entrepreneurs Who Sleep More Are Better at Spotting Good Ideas.

Think Different: Personally, I don’t fully buy into this author’s thesis, but I keep an open mind to those who think differently than me. The gist of the article is that the “Blue Ocean” strategy is dead, and soon all businesses will be competing for the same client. The Red Ocean Paradox.

Think Smarter: To my many dedicated clients in the public sector, consider giving this article 15 minutes of your time. Technology Trends for the Future of Government.

Think Harder: Virtual reality is a real trend. It could get much bigger if this technology pans out: Artificial Skin Gives Haptic Feedback, Could Let You Feel VR.

Think Like a Child: If you can’t think like a child, you may at least soon be able to “think younger:” How Old is Your Brain? This AI Can Tell You.

Think in Questions: What is a major business consulting firm doing opening pop-up stores? It’s a good question to ask if you’re in the retail industry. McKinsey Launches Modern Retail Collective Pop-Up at Mall of America.

Think Bigger: Could “flying cars” finally be on the horizon? Yes, especially if they can be quiet: Kitty Hawk’s New Flying Car Promises a (Near) Silent Flight.

Think Faster: The field of neuroscience is poised to transform faster than many people expect. Why? Because our tools are getting faster! Supercomputer Simulates 77,000 Neurons in the Brain in Real-Time.

Think Radically: To my many friends in the construction industry, here is an example of a construction firm thinking radically about the future: Essex Firm to Unveil World’s First Launch Hub for Flying Taxis.

Think Like a Skeptic: Sometimes our assumptions are so deeply held that we don’t even recognize that they are assumptions. Our existing economic system is one of those “assumptions.” There are different ways to think about the future of the global economy. Here is an intriguing one: Reimagining Organizations as Ecosystems.

Think Sustainably: Manufacturers could soon be some of the most sustainable companies in the world. 3D Printing Everything: Ultra-Cheap, Zero-Waste Products Are Coming.

Think the Unthinkable: “Artificial fish,” like artificial meat, might become a major trend by default. The Sea is Running Out of Fish, Despite Nation’s Pledges to Stop.