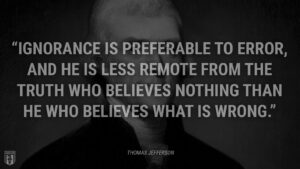 Think: The future is arriving quickly. If you are in the healthcare industry, you may want to think about the implications of the first-ever vaccine for brain cancer. If you are in the banking, international trade, or finance industries you might want to think about China’s new digital cryptocurrency. If you’re in the supply chain industry, I’d recommend thinking about the implications of Space X’s plan to create a global internet by the end of this year. And, if you’re in the energy the industry, I’d suggest contemplating the growing impact of wave power.

Think Cheap: I have been saying this was a possibility for some time, but cultivated meat is now projected to be cheaper than conventional beef by 2030. If you are in the meat, agriculture, or transportation industries you need to be thinking about the implications of this trend now!

Think the Unthinkable: I am remain very optimistic about the future for the reasons outlined in this article, yet I am also cognizant that the future will throw some expected–as well as unexpected–curveballs at us. One expected and potentially deadly curveball is the possibility that someone might tamper with local water supplies. Government officials, cybersecurity professionals, and water utility executives all need to be thinking hard about such unthinkable things.

Think Sustainably: In 1200 years, the cherry blossoms in Japan have never bloomed earlier and the Amazon rainforest now emits more greenhouse gases than it absorbs. Both stories are serious signs that climate change is real. We all need to be thinking harder about what we can individually and collectively do to address this very real threat.

Think Humbly: We like to think we understand the world, but there is still so much that we don’t know. As a reminder of this fact just this week physicists may have discovered a fifth force of nature–muons. If the findings are confirmed much of what we think we know about the physical universe may be overturned. My advice: Stay humble.

P.S. Here’s a bonus thought for you to think about: “A ship is safe in harbor, but that’s not what ships are for.”–John A. Shedd