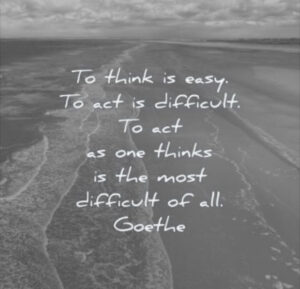 Think Faster: Quantum computing is a big deal and leaders are encouraged to spend a little time thinking about its implications. To this end, China recently claimed it has a supercomputer a 1000-fold faster than Google’s quantum computer. If true, China can now perform in a millisecond what it would take a conventional supercomputer 30 trillion years to perform. A tool this powerful could accelerate the future across many different fronts.

Think Ambiguously: Personally, I still don’t know what to make of Facebook’s and Microsoft’s decision to aggressively pursue initiatives in the metaverse. The metaverse could be the next iteration of the Internet or it could be a complete bust. It could also fall somewhere in between these two extremes. As a leader, I encourage you to embrace ambiguity. To this end, this New York Times article explains the vast potential of the metaverse, while this article claims all the hype around the metaverse is bullshit.

Think in Questions: I frequently advise leaders to “give up on answers, and stick with questions” because a leader’s job is not to have “all the answers” but rather to ask better questions. This article, Good Leadership is About Asking Good Questions, is worth a few minutes of everyone’s “thinking time.”

Think Bigger: Artificial intelligence is a powerful force. For those who are still skeptical about AI’s ability to transform the world, I invite you to read—and think about—this article: Scientists Make Huge Breakthrough to Give AI Capabilities Never Seen Before.

Think the Unthinkable: Until reading this article, I was not familiar with the term “molecular farming.” If you are in the pharmaceutical or healthcare industries, I encourage you to read it because it is possible in the near future you will be consuming “edible” medicines and vaccines which are grown in plants. If you think this sounds farfetched just know that the Food and Drug Administration (FDA) has already approved a plant-derived therapeutic protein to treat Gaucher’s disease.

Bonus Think: This past week, I have delivered keynote presentations to two separate electric cooperative associations. Advances in battery storage technology and renewable energy are coming fast and furious but, often overlooked, is the promise of hydrogen. If you are in the utility or energy industries, I encourage you to spend a little time thinking about this article:  Scientists Just Laid Out a Game Plan for Building a Clean Hydrogen Economy.

Afterthought: “It is a fault to wish to be understood before we have made ourselves clear to ourselves.” Simone Weil