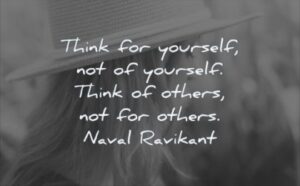 Think Harder: This shouldn’t come as a surprise but science is now suggesting that the microplastics we are ingesting is affecting the health of our cells. If true this could dwarf in both size and scope the long-term impact of asbestos. Microplastics are a serious potential legal liability that everyone in the plastics industry needs to be thinking about now.

Think Fast: Rolls Royce recently reached the 1 megawatt milestone with its new hybrid electric powertrain. Among other things this suggests the advent of all-electric aircraft may be arriving sooner–and faster–than many people expect. (FYI: An electric aircraft has already stayed aloft for 40-plus minutes and has reached speeds of 390 miles per hour.)

Think Different: People often overlook how advances in material science can change the world. To this end, this new shape-shifting material could revolutionize the field of robotics by making softer and more flexible robots. It could also facilitate the creation of new and more flexible computer displays.

Think Shorter: Joining the likes of Iceland and Spain, the UAE is now moving to a shorter workweek. Beginning on January 1, 2022, the country will move to institute a nationwide 4.5 day workweek. (Many hard-charging executives may be opposed to this idea but just remember that a growing number of workers–both young and old–are clamoring for more balance between life and work. Those companies and businesses which offer a shorter workweek first may gain an early and significant competitive advantage in attracting the best workers.)

Bonus Think: The world’s first approval for an autonomous driving system is here.

Afterthought: “I think we sometimes fail to see that not everything is something.” –Unknown