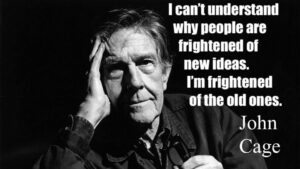 Think: Iceland recently completed two very successful trials demonstrating that workers (without having their pay cut) could work a shorter work week without a loss of productivity. More recently, Kickstarter, announced it would begin trying out a 4-day workweek. With the growth of remote work and an increasing number of workers reassessing issues of work-life balance in the wake of the pandemic, this is a trend worth thinking about.

Think Different: I recently returned from a trip to Montana with a group of old friends and we did a fair amount of biking. In all honesty, I would not have been able to do some of the more challenging mountain rides if I had not had the assistance of an electronic bike (They’re great). This got me thinking about how e-bikes will be a huge boon to the bike-touring business by opening up tours to people who are less-than-fit. In a similar way, I believe the growth of electronic planes — such as this new flying car which just made history with its first inter-city flight and United’s recent decision to purchase 100 small electric planes — will open up regional travel creating a boon to smaller cities as they become easier to travel to in the near future.

Think Harder: It is easy to think of seeing as a straightforward process. It is not. This insightful article uses an optical illusion to help demonstrate how sometimes our knowledge can actually distort our perception of the world.

Think Smarter: A massive new gene editing project is out to defeat Alzheimer’s. It is unlikely the project will yield successful results in the short-term, but its long-term prospects are promising. Projects such as these are just one reason I personally believe projections for the number of Alzheimer and other dementia-related diseases for the year 2050 are wildly inflated.

Think the Unthinkable: Using sophisticated measuring techniques scientists have determined that the Amazon rainforests are now emitting more carbon dioxide (CO2) than they are absorbing. In large part, this is because farmers are burning down the forests to create more cropland. The danger is that excessive CO2 will actually reduce overall agricultural productivity by hastening a variety of climate-related changes.

Thought of the week: “A thing is not necessarily true because a man dies for it.” Oscar Wilde