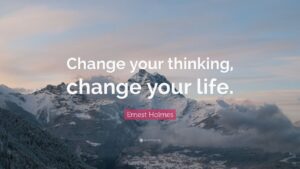 (Editor’s Note: I will be traveling in Iceland and then Montana for the next few weeks — reading, thinking, hiking, and relaxing — so I have decided to post this Future Friday Five a little early. The regular edition will start again on Friday, July 16.)

Think: Climate change is real, but there is another crisis that is just as serious — the loss of biodiversity. One of my favorite sources of information, The Economist’s “Technology Quarterly,” has focused its attention on this important matter in its latest issue. (The Economist is behind a paywall but a quick overview can be found here.)

Think Long-Term: A Silicon Valley stock exchange that encourages long-term thinking has just landed two major tech companies–Twilio and Asana. This is a BIG deal and both CEO’s and boards of directors should be paying close attention to this trend because in the near future I believe a growing numbers of investors will be looking to support companies that take a long-term perspective.

Think Faster: A few weeks ago, I highlighted an agricultural robot that can zap 100,000 weeds an hour. Now, a Boston-based start-up has created a warehouse robot that can move 800 boxes an hour. The future of robotics is moving faster than many people understand and the savvy executive will devote some “thinking time” to this trend.

Think in Questions: Are the days of personal car ownership numbered? This is an intriguing question that warrants some thought. As evidence of this trend, I submit this article: Robomart launches two mobile formats in California. (My daughter lives in Hollywood — where this demo is taking place — and I have shown it to her as further proof for why she doesn’t need to own a car.)

Think Different: As a former naval officer turned author and futurist, I am intrigued by Germany’s decision to use novels to pinpoint the world’s next conflicts. (I don’t know if this strategy will work, but I am willing to keep an open-mind and encourage you to do the same.) On a different note, I would be even more intrigued if the military tried to use novels and novelists to promote peace!

Thought of the week: “The first principle is that you must not fool yourself and you are the easiest person to fool.” Richard Feynman