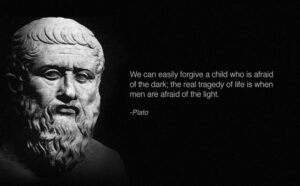 Think: In my latest book, Business as Unusual: A Futurist’s Unorthodox, Unconventional, and Uncomfortable to Doing Business, I discuss the importance of listening to unconventional voices. The only thing better than listening to such voices is hiring unconventional people–as this Harvard Business Review article details: Why You Should Invest in Unconventional Talent. (Hint: A lack of diversity leads to narrow, convergent thinking.)

Think Different: Over the past three decades, the price of batteries has declined 97 percent. More recently, scientists have developed a “cheap and easy” method for extracting lithium from seawater. The end result is that electric cars may take over sooner than you think.

Think Hard: Technology, Covid, and the fiscal and monetary policies of the U.S. have created a “perfect storm” for a big boom in productivity. If the boom comes to fruition, it will impact everything from wages and hiring to strategies for dealing with inflation. As a leader, it is not too soon to begin thinking about the effects of this coming trend.

Think Fast: As long-time readers of this newsletter know, the field of agriculture has experienced a great deal of “digitalization” over the past few years. This has caused a number of farmers a great deal of angst because they fear the manufacturers and producers of the digital technology will use the data produced to bolster their profits–and not the profits of the farmer. (A concern that is well-warranted.) However, the Linux Foundation recently launched an open source agriculture infrastructure project that may provide more power–and profits–to the farmer.

Think Sustainably: Over the last half century, the world’s tuna population has declined by 60 percent. This is not good, but there is hope and it comes in the form of an unlikely hero: plant-based tuna. To those who think the product won’t take off, I’d just remind you of the extraordinary growth of plant-based meat. “Impossible Burgers” and burgers from the company Beyond Meat can now be found in virtually every restaurant in America. Finless Foods expects to have plant-based tuna in restaurants as early as next year.

Thought of the week: “Only when the last tree has died and the last river has been poisoned and the last fish has been caught will we realize that we can not eat money.” Chief Seattle