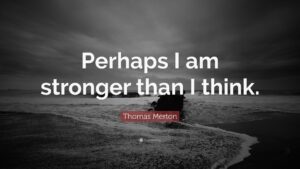 Think Optimistically: I just read (as, perhaps, you did) that a building partially collapsed in Miami. This is, of course, a tragedy, but did you know that in 2017 there was not a single commercial jet airline fatality? I tell you this because humans have evolved to prioritize bad news. (It is rare to hear about things that don’t happen). This “negative bias” isn’t necessarily a bad thing although it can keep us from appreciating how good things are today as well as understanding how much better life may get in the future. If you want you to think more clearly about the future, I recommend this article: Pessimism is Natural but Realism is Crucial.

Think Tastier: According to this article, How Farmers and Scientists are Engineering Your Food, flavor is a re-emerging trend. Over the years, many foods have been optimized for qualities that farmers and retailers value–such as appearance, toughness and longevity (for storage and transportation)–rather than for taste. As the article suggests this could be about to change. In the near future everything from beets and blackberries to cherries and kale may be a lot fresher and tastier than they are today.

Think Smarter: Cement is one of those materials that is easy to overlook but it plays a huge role in making our world more livable. In the future, according to this article, cement could get smarter, stronger, and greener. If you are in the construction industry this is a trend worth thinking about today.

Think Different: In 2015, the UK division of accounting firm Ernst & Young announced it would no longer require all employees to have a university degree. This week another large accounting firm, Deloitte, told its 20,000 UK employees that they could work from home forever. I don’t know if there is a pattern here or not, but it appears that British accounting firms are better at looking at data and then acting on what the data suggests. In the first case, the data has shown that there is no correlation between having a university degree and career success. In the latter case, recent data suggests that employees are just as productive working from home as they are when working in an office. (Hint: If you want to understand where the future is headed, it helps to follow the data.)

Think Longer: I’ve written frequently about the implications of longer life expectancies but this article, The Secrets of “Cognitive Super-Agers,” offers some practical tips on how you might remain cognitive strongly. (Helpful hint: As you age, make sure you optimize your ability to hear.)

Thought of the week: “To be nobody but yourself–in a world which is doing its best, night and day, to make you everybody else–means to fight the hardest battle which any human being can fight.” E.E. Cummings