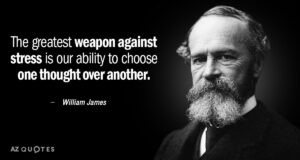 Think Harder: If Albert Einstein is correct in stating that “imagination is more important knowledge,” it behooves all of us to think harder about the role imagination plays in our lives. This article on “imaginology” is an excellent place to jumpstart our thinking. As the author states, imagination must move from the periphery to the center of our lives for it is “the true engine of our mind.”

Think in Questions: Here is a question we have explored in the past but which is worth exploring again: What is the Metaverse? This “beginners guide” is the best primer I have read on this emerging trend. (Note: If you don’t have time to read the article, think of the Metaverse as a spatial version of the internet. Just as you visit websites today, in the future you may visit 3D renderings of physical businesses online.)

Think Big: The use of drones to make deliveries isn’t new, but it’s movement mainstream is when Walmart plans to expand drone delivers in six states by the end of the year. One million deliveries is still a proverbial “drop-in-the-bucket,” still it is a start and this trend will only grow. The time to think about the implications to your business is now.

Think Bigger: Drones such as Walmart is using are a type of robot but did you know that orders for industrial robots have increased by 40 percent in the first quarter of 2022? Robots are even making forays into less conventional areas such as helping seniors combat loneliness.

Think Different: Will the future of renewable energy be solar power, wind power, nuclear fusion or something else altogether? No one knows but the future could surprise us in some unexpected ways. One strange possibility is that we could end up drilling holes in the earth as deep as 12 miles into order to tap into a near infinite source of geothermal energy.