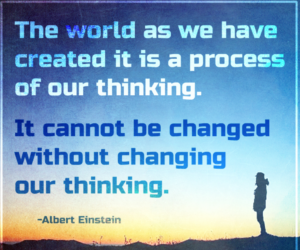 Think: Are you familiar with NFT’s (“Non-fungible tokens,” social tokens, or the idea of “minting loyalty”? If not, you NEED to begin thinking about these things now because they are poised to transform business–and the world–in some profound ways in the very near future.

Think Like a Futurist: It might sound like hyperbole to say that the future of Africa is the future of humanity, but this article–All Futurism is Afrofuturism–suggests otherwise.

Think Long-term:  Do you have children? Grandchildren? Nieces or grandnephews? If so, you already know you need to be thinking beyond your typical five-year strategic plan but are you? What if We Visualized Humanity’s Future in Centuries, Millennia, and Beyond?

Think the Unthinkable: A few years ago, it cost $4000 to launch a single pound of material into outer space. Today, the cost has dropped to $1000. Soon, it’ll plummet to a few hundred dollars. When this happens, unthinkable things — such as hotels in space by 2025 — may become possible.

Think Like  Child: Here’s something worth thinking about–most children only consider someone a leader if they are willing to sacrifice toward achieving a common goal. Children Know What Makes a Leader More than Some Adults.