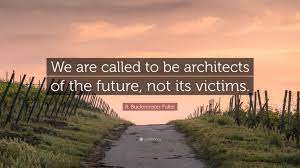 Think Bigger–and Cleaner: When I think of sunny places, Indiana doesn’t typically spring to mind. I mention this because the state will soon be home to the largest solar farm in the U.S.–the size of 1000 football stadiums–and will generate 1.65 GW of power.

Think Harder: In 2010, a blue-ribbon committee determined it would take 12 years and $36 billion for the U.S. to build a heavy-engine rocket that could take America back to the moon and eventually Mars. Elon Musk ended up accomplishing the goal in 6 years for $1 billion. I mention this because it is possible that nuclear fusion may also arrive sooner than many people expect. This article, The Case for Fusion Energy, is worth reading if, for no other reason, then to challenge your assumptions about how fast the future can arrive.

Think Fast: How soon (if ever) fully autonomous, self-driving automobiles transform transportation is a matter open for debate. As a futurist, I advise clients to watch for “benchmarks” that suggest a trend is either moving faster or slower than expected. The U.S. government’s decision this week to eliminate the “human controls requirement” for fully automated vehicles appears to fall in the former category. (The new regulations allow automobile manufacturers to remove manual driving controls. This opens up the possibility that the car of the future won’t possess a steering wheel.)

Think Different: I have written about regenerative agriculture in the recent past and believe it will be a major agricultural trend in the years ahead. As the field grows it could also lead to a potential larger and more significant trend–the relocation of farmland.

Think Visually: The war in Ukraine, climate change, political polarization, and the growth in authoritarianism are all legitimate reasons to be pessimistic about the future. As this video, Ten Trends Every Smart Person Should Know, demonstrates there are substantially more reasons to be optimistic.

Afterthought: “Unlike a lake or sea, a river has a destination and there is something  about the certainty with which it travels that makes it very soothing, particularly for those who have lost faith with where they’re headed.”–Olivia Laing