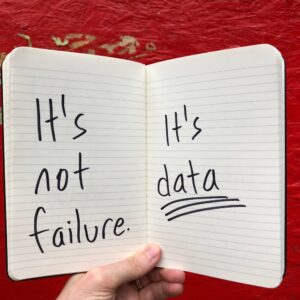 Think Fast:  I frequently say to my audiences and clients, “Today is the slowest rate of change you’ll ever see again.” To this end, China is now using artificial intelligence and 3D printing to build a 590-foot-tall dam. (For some perspective, Hoover Dam is 729 feet tall). In the near future, AI, 3D printers, and robots could be doing road construction. These technologies can work around the clock, making summer road congestion a thing of the past!

Think Faster: Earlier this week, I spoke to a group of financial professionals in St. Paul, Minnesota. One of the technologies I discussed was quantum computing. On the same day of the presentation, IBM announced it will be running quantum computers at 4,000-plus qubits by 2025–which will be roughly 40X more powerful than today’s most powerful quantum computers. Another way to think of this development: Problems which today require a month to solve will potentially be solved in a single day. Look for quantum computing to transform banking and finance, drug development, and the supply chain.

Think Harder: In Great Britain, insect numbers have plunged by almost 60 percent. Due to the vital roll insects play in pollinating various crops, this is not a positive development. In the near future, the pesticide industry may face stricter regulations on the use of their products. On the optimistic side, “green roofs“–which are becoming increasingly popular in places such as Portland, Oregon–will become a more common site in other cities around the U.S. and the world.

Think Incrementally: The future often arrives in incremental steps. At the time the small development occurs, it may seem almost insignificant. Yet, when combined with a series of other incremental developments, the big change arrives faster than expected. The news that Norway has installed the world’s fastest electric car charger falls into this category. It is a sign that EV’s may move into the mainstream even faster than many people expect.

Think Again: Due to a computer server issue, last week’s “Friday Future 5 was not delivered to your inbox. If you wish to review the May 6th edition, you can view it here.

Afterthought: “The most beautiful thing we can experience is the mysterious.  It is the source of all true art and science.  He to whom the emotion is a stranger, who can no longer pause to wonder and stand wrapped in awe, is as good as dead —his eyes are closed.”–Albert Einstein