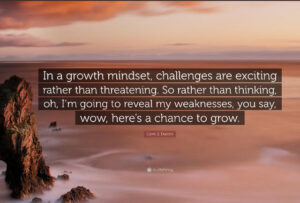 Think: Blockchain is a complicated technology but for those of you still confused by it (and its potential to transform society), I encourage you to read this short overview from Seth Godin, Why the Blockchain Matters — and then think about how your world might soon change as a result of it. (Warning: The Blockchain could be as transformational as the printing press.)

Think Hard: Geothermal energy may finally be on the cusp of its breakthrough. Geothermal plants have existed for some time but they have mainly been located in places like California and Iceland where tectonic plates and volcanic activity help create hot pressurized water. Due to technological breakthroughs, however, geothermal plants may soon be able to be located in a lot of other areas.

Think Harder: Diamonds may be a girl’s best friend but they are not the friend of the workers who mine them, nor are they friends of the earth — from whom diamonds are stripped. For some time, advances in nanotechnology have allowed diamonds to be synthetically grown. These diamonds are molecularly identical to the diamonds harvested from the earth’s crust, and now retailers are beginning to take notice: Pandora Says Laboratory-Grown Diamonds are Forever. The days of “traditional diamonds” may be numbered.

Think Outside of the Box: As a former naval intelligence officer, I will tell you I have no direct knowledge of UFO’s but I do possess an open mind and I try to stay aware of all that I don’t know (which is a lot!). That said, I have been pleasantly surprised by how the Pentagon has recently started taking UFO’s seriously. If there is more to these reports, it could be the biggest story in human history–and that’s something worth thinking about! (P.S. All of the UFO’s captured in these recently declassified videos were spotted by Navy pilots. Go Navy!)

Think with Your Heart: Nobody asked for it, but here is my unsolicited advice to new graduates.

Thought of the week: “To know even one life has breathed easier because you have lived, this is to have lived.” –Ralph Waldo Emerson