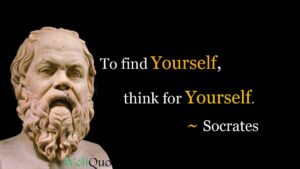 Think: By now you probably know Facebook has changed its named to Meta as a way to signal to the world that it is embracing the Metaverse. (Editor’s note: It is also using the name change to distance itself from all the negative press it has so justifiably received.) Facebook is not, however, the only company embracing the Metaverse. This video by Microsoft offers a good primer on how the company plans to exploit the many practical applications the metaverse may enable.)

Think Harder: Earlier this week, I was speaking to a large bank that serves the agriculture industry.  Given the extraordinary advances in digital banking, “open banking,” cryptocurrencies, and “Fintech,” they have a lot to think about, but I also strongly encouraged them to add climate change to that list. The reason? In a world first, New Zealand (a country which has a  farm-reliant economy) recently passed legislation to make banks report the impact of their investments on climate impact. I expect other countries to follow suit.

Think Faster: A variety of industries, including the automotive, utility, and agriculture industries, will be impacted by the transition to electric vehicles. I still find a number of executives in these industries resistant to the idea that the transition could take place far faster than they expect. Here is yet another article they want to read and think about: 41 Percent of Consumers Say Their Next Car Will Be Electric. (Speaking of all things electric, this LA start-up is saying it will have a 100-seat all electric airplane ready by 2027. If successful, this development could change regional travel patterns in a significant manner.)

Think Fast: The future of food is moving fast, really fast. In San Francisco, a facility is planning to produce 400,000 pounds of lab grown meat per year. Meanwhile, the producers of plant-based protein could be about to be disrupted by Solar Foods, a company that aims to produce protein out of thin air using innovative direct air capture technology.

Think the Unthinkable: Drones have been around for a while and we have already witnessed their use in potential assassination attempts, but if you are in the utility industry you may want to spend some time thinking about the implications of this article: A Drone Tried to Disrupt the Utility Industry, It Won’t Be the Last.