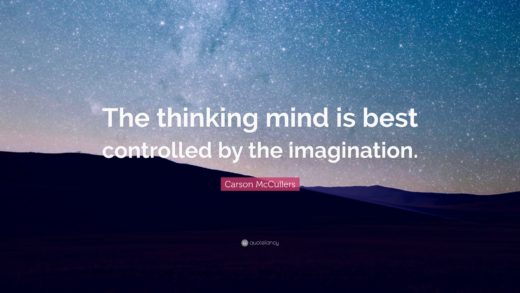 Think:  An absolutely wonderful article. If you don’t think about the true purpose of your life, much of your other thinking will be wasted on less important things: How Will You Measure Your Life?

Think Twice: Coronavirus is worth thinking about it, but this article explains why you might want to think twice about it: Six Ways Coronavirus Will Change Our World.

Think Historically: History tells us we might be overdue for a solar storm. When the solar storm hits, it could disrupt the global economy on an epic scale: How Can the Solar Cycle Threaten Technology on Earth?

Think Smarter: Is it possible meat could help you think smarter? It’s something to think about: How a Vegan Diet Could Affect Your Intelligence.

Think Harder: If you’re in the field of higher education, it’s well past time to think harder about your future: Will You Still Need a College Education in 2040?

Think in Questions: Here’s a great question to ask yourself at the beginning of 2020: What Will the World of 2030 Look Like?

Think Bigger: Electric commercial aircraft are still a novelty but this trend could grow larger–keep an eye on it! World’s First Fully Electric Aircraft Takes Flight in Canada.

Think Radically:  Here’s a radical trend to contemplate: A New Implant for Blind People Jacks Directly into the Brain.

Think Anew: If you are in the energy business, it’s time to think anew about clean energy: The Third Phase of Clean Energy Will Be the Most Disruptive Yet.

Think Sustainably: The financial investment community is now thinking sustainably. Is it time for you to do the same? Sustainability as Blackrock’s new Standard for Investing.

Think the Unthinkable: Unfortunately, climate change could be even worse than scientists are predicting: Climate Models Are Running Red Hot, and Scientists Don’t Know Why.

Want more to think about? You can always revisit last week’s “Future 15”.