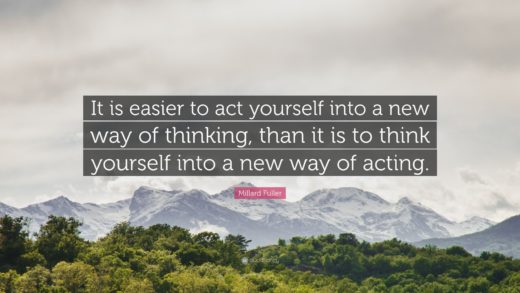 Think: What might come after the smartphone? The time to begin thinking about this is now–not in two years. Apple Eyes 2022 Release for AR Headset, 2023 for Glasses.

Think Historically: The printing press was a powerful technology. It’s impact was not, however, all positive. History should remind us of The Dark Side of Techno-Utopianism.

Think Different: Whether you are in construction, education, healthcare, retail or urban design, the emerging field of biophilia will require you to think differently.  Five Industries That Will Be Transformed by Biophilia.

Think Smarter: Healthcare professionals will need to think smarter about how to leverage AI: Researchers Develop an AI System with Near-Perfect Seizure Prediction.

Think Harder: One of the toughest things to do is to think harder about why certain futures won’t materialize as fast as we think they might. Electric cars may be a case-in-point:Why the Electric-Car Revolution May Take Longer Than Expected.

Think in Questions:  Here is a provocative question that should get you thinking: How Much Can We Delay Aging? A Gene Therapy Trial is About to Find Out.

Think 10X: 3D printing is getting really big–as big as a boat!–and could grow 10X. This Boat Was 3D Printed–and Bigger, Wilder Projects Will Soon Follow.

Think Bigger:If you are in the construction, cement, energy, or utility industries it is time to think bigger about concentrated solar power: Secretive Energy Startup Backed by Bill Gates Achieves Solar Breakthrough.

Think Faster: In a Dizzying New Upgrade, CRISPR Can Now Edit Several Genes at Once. This is how the future accelerates.

Think Radically: Discovery of a Bottleneck May Have a Major Impact on Food Crops. Photosynthesis could be accelerated by as much as 10 percent which, in turn, may allow crops to grow faster.

Think Anew: The chemical industry needs to think anew–now! For Toxic “Forever” Chemicals, We Need More Than a Temporary Fix.

Think the Unthinkable: India’s Water Crisis is Already Here. Climate Change Will Compound It. Two billion people with no water and nowhere to go? We all need to think about this impending crisis because these people will want to go somewhere, and if they can’t do it peacefully they will do so violently.