Pearls, Salt and Aluminum: An Unusual Guide to Understanding the Future 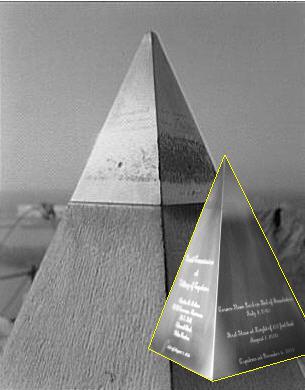 In 41 B.C., Cleopatra reportedly dissolved a giant pearl—worth 10,000,000 sesterces (approximately the net worth of 15 countries at the time)—into a glass of wine vinegar in effort to demonstrate to Mark Anthony the extent of her wealth. Today, we can grow “cultured” pearls and the material is a fraction of its former value.

In the 15th century, many wealthy people in Europe had unusual safes in their estates, villas and palaces. The safes weren’t design to store and protect gold or diamonds but rather a far more precious commodity—salt. That’s right, salt. The common tabletop spice was once so valuable it was guarded under lock and key. Today, it is so inexpensive that many northern communities spread it on roads in the winter months to melt snow and ice.

In the 19th century, America decided to cap the Washington Monument with aluminum. It did so not because the material was cheap but because, at the time, aluminum was more valuable than gold and the country wanted to announce itself—and its riches—to the world. Today, aluminum is so commonplace that we wrap our leftover turkey sandwiches in it.

My point in recalling these historical anecdotes is remind you that the future has a way of “commoditizing” once valuable materials. These lessons from history are worth keeping in mind when you read about such future-related ideas as “printable meat,” “smart dust” and diamondoid materials.

In 2014, the world’s first “printed” hamburger cost $250,000 to manufacture. That’s quite expensive but, like Cleopatra’s pearl, the price will plummet in the future due to continued advances in stem cell and 3D manufacturing technologies.

Today, the idea that “smart dust”—or super tiny computers—will be distributed directly onto roads and farm fields to make them “smart” might sound crazy, but the same would have been true centuries ago of the idea of tossing salt on roads in order to melt snow. By 2025, it is estimated that trillions of tiny computer chips will populate—and connect—the physical world.

Lastly, building a structure out of diamonds might sound like something ripped straight from the pages of a science fiction novel but, then again, so too would the idea of wrapping up a half eaten sandwich in aluminum have sounded absurd to your great, great grandmother. Advances in nanotechnology, however, could very well make diamondoid materials cheap and abundant.

My advice: Salt away such pearls of wisdom from history because they might offer a helpful guide to understanding the future.

Interested in some other fascinating historical analogies? Check out these older posts:

Erasing into the Future

A 112 Year Race into the Future

Shedding Some Light Onto the Coming Genomic Revolution

Into the Unknown: A Historical Metaphor

One thought on “Pearls, Salt and Aluminum: An Unusual Guide to Understanding the Future”