The Future is Becoming Increasingly Clear

Posted in Future, Futurist, Generation RE 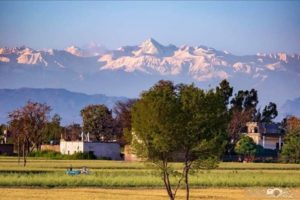 As a professional futurist, I don’t claim–and never have claimed–to have “a crystal ball” with regard to the future.

I am, however; frequently called upon to offer my insights into the future. As the world continues to be reset by the Coronavirus, I have recently been asked to provide my insights into the post-pandemic world of tomorrow by a number of major media outlets and businesses.

Like many economists who hedge their bets on the future by saying “Well, on the one hand,” I, too, frequently offer the caveat that my insights are best understood as existing within “cones of possibility.” This is just a fancy way of saying that I tend to think and see in “the gray shades probability” and not in the black-and-white world of “certainties.”

There is one trend, though, that I am increasingly confident saying is becoming more “clear” and it is this: Many people around the world will NOT want to go back to the pre-pandemic world of unchecked economic growth.

I say this for two reasons. First, it has been reported that in the Jalandhar district of Punjab in India, people are now seeing the snow-covered mountains of the Himalayas for the first time in their lives. This is due to the fact that air pollution has plummeted because of the wide-spread economic lockdown.

I want you to think about that for a moment. People had literally been living in the shadow of the highest mountain range in the world but were not even able to see the majestic mountains with their own eyes!

Of course, many of these people are now furloughed and are rightly nervous about regaining employment, but how many will really want to return to the smog-filled, “mountainless world” of yesterday?

Some will say I’m being a wild-eyed optimist and that the needs of society and the market-force pull of profits will drive manufacturers, factory owners, and coal plant operators to restart and return to “business as usual” as soon as possible. This may be true, but there is a second factor in play.

Many people are now awakening to the reality that one of the bizarre impacts of Coronavirus is that life expectancy may actually go up in places like India and China. Why? Because many of the estimated 1-2 million people who die in those countries due to air pollution will now live longer, healthier lives because they have access to fresh air! And many of these people will naturally place a higher value on their lives–and the lives of their children and their grandchildren–than they do on economic growth.

This trend won’t only happen in India, I also believe it will happen in China, Los Angeles, Italy, and countless other locations across the globe. Only a month ago a future of snow-capped mountains, blue skies, and clearer rivers was unimaginable for most people, but now that they have experienced this more beautiful world with their own eyes, lungs, and hearts–and they will want to hold on to it well into the future.

Jack Uldrich is a professional futurist and a best-selling author. His next book, Business as Unusual, is due out in June of 2020.