The Future’s Next Avalanche 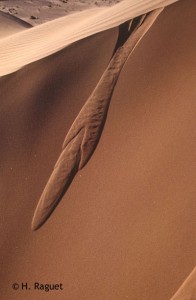 It has been said that you could study a grain of sand for a million years and never anticipate how a single grain might trigger an avalanche.

With this metaphor in mind, I’d like you to contemplate a single sensor.

By itself, it doesn’t amount to much.

What happens, however, when 50 billion sensors are placed on (or inside) inanimate objects and those objects are then connected to the Internet—as is expected to happen when the Internet of Everything is created?

It could be the equivalent of an industrial avalanche.

Why? Because, as Kevin Kelly wrote in his seminal 1999 book, New Rules for the New Economy (which is still profoundly prophetic today), “Once something is touched by the Net it follows the rules of information.”

An avalanche is coming. Are you and your organization prepared for it?

You had better be because, as Cisco explains in this informational commercial, the Internet of Everything “is not that far away!”