The Responsibility of a Futurist 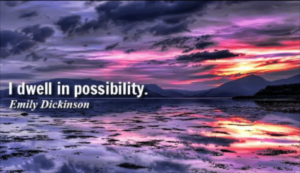 A futurist has many responsibilities, but one of the greatest is to remind his/her clients that the world we currently live in is not the only option.

Entrenched interests have a powerful and insidious way of seeking to limit and monopolize the range of future possibilities. They do this in a multitude of ways.

First, they will ignore new ideas and possibilities. Next, they will laugh off these new and unconventional ideas as impossible. (Common phrase to watch for include, “That will never happen” or “I can’t imagine such a thing occurring.”) Third, they will dismiss ideas or products as impractical–often on the grounds of cost, convenience, or conventional wisdom. And when all else fails, the vested interests will fight the new idea, product, or service by leveraging their power, status, connections, and money.

While the “powers that be” can prevail in the short-run, few–if any–are successful in the long-run.

If you wish to avoid the litany of once powerful but now vanquished monarchs, governments, companies, and individuals, my advice is two-fold: First, embrace humility by acknowledging there is much that you don’t know. Second, underinvest in “what is” and overinvest in “what could be.” The former concentrates on optimizing for yesterday’s world, while the latter focuses on innovating into the world of tomorrow.